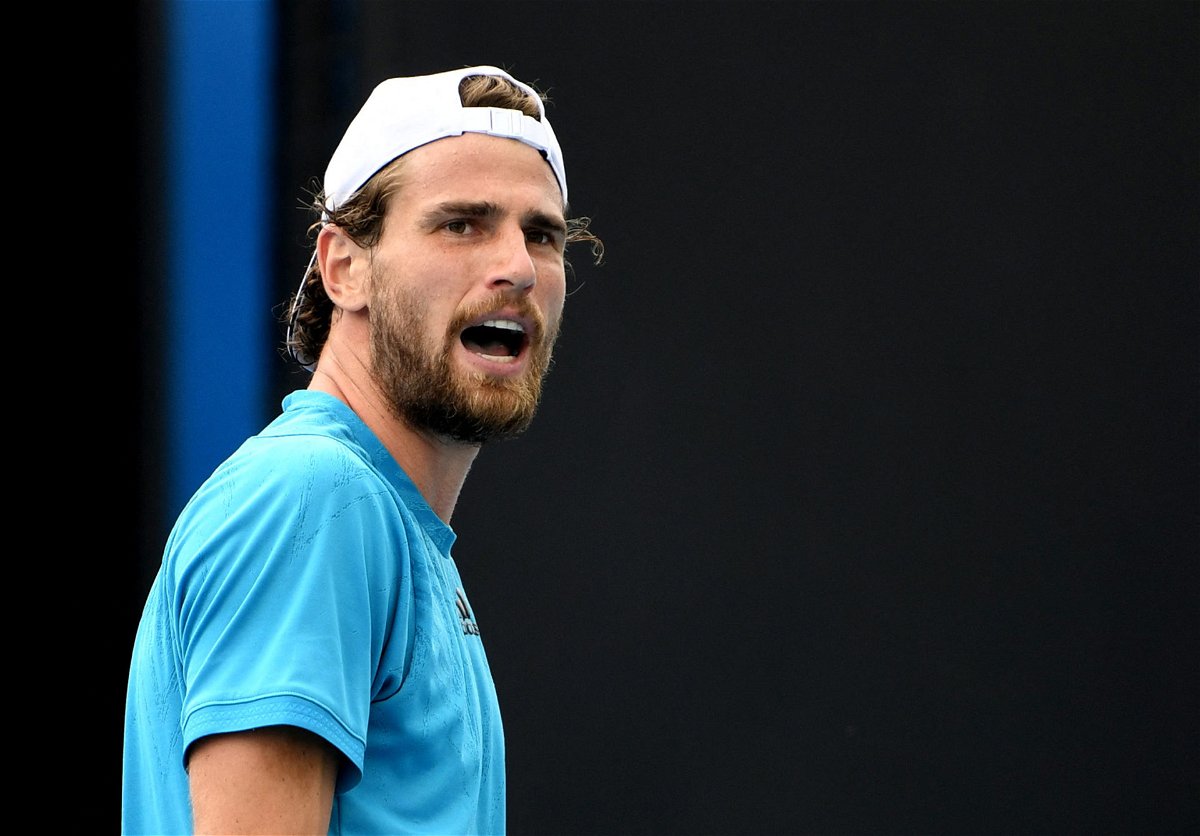 24-year-old American star Maxime Cressy has toured the tennis circuit as well as the community. The young star has climbed the rankings with a speed that is not too common. He is now through to the fourth round of the Australian Open 2022, the furthest he has ever been to a major.

Most recently, Cressy faced 20-time Grand Slam champion Rafael Nadal in their ATP 250 final at the Melbourne Summer Set. Moreover, he is expected to face world number 2 Daniil Medvedev in their fourth round match at the Australian Open.

Even though on paper Medvedev seems like a sure shot to win the match, the tension and excitement surrounding this match is palpable. It’s because Cressy has proven to be a remarkably talented player who can work wonders.

Here’s what you need to know about Cressy, the young talent who made a name for himself on the circuit.

At 198 centimeters, Maxime Cressy is a 6’6″ serve and volley style tennis player who prefers to play close to the net. He weighs 84 kilos and was born in France. However, he received his college education in America and plays for the United States.

Towards the end of high school, Cressy had moved to the United States. This was for the purpose of attacking college scouts for his game. Cressy’s interest in tennis grew from watching his older brother Jonathan’s tennis tournaments. So, he picked up the racket at the age of 4 himself.

Soon, Cressy was one of the most promising young athletes in the country, becoming a five-star recruit. Naturally, offers from several universities came forward before Cressy chose to go with UCLA. In the words of his own former UCLA teammate, Maxime Cressy “was being beaten up” regularly in training by all his teammates.

However, by the end of his university years, Maxime Cressy had become one of the best players on the circuit through his determination and hard work.

Cressy turned pro in 2019, almost three years ago. He passed out from the University of California, Los Angeles. However, even at UCLA, Cressy was never the go-to guy for tennis training. In fact, he was at the bottom of the lineup and rose through the ranks college ranks, just like he does in the ATP.

Maxime Cressy turned professional in 2019 and made his Grand Slam debut the following year at the 2020 US Open. Unfortunately, Greek star Stefanos Tsitsipas knocked him out early in the second round. This ended the American’s first Grand Slam run.

At his very next Grand Slam, the 2021 Australian Open, he lost again in the second round, this time to the German Alexander Zverev. Through several tournaments and some big matches against the likes of Pablo Carreno Busta and Diego Schwartzman, Maxime Cressy finally cracked the top 150 of the ATP singles rankings in November 2021.

2022 began with Cressy reaching his first-ever ATP Tour final, having beaten Reilly Opelka, Jaume Munar and Grigor Dimitrov. Finally, he faced Spanish legend Rafael Nadal, who was playing his first ATP event after a six-month break, a comeback tournament for him.

Despite losing to the Spaniard, Cressy garnered a lot of attention and praise from the community, especially from Nadal himself.

Cressy, during his hours with UCLA coach Billy Martin, developed his own sense of style and play. The 6’6″ star has cultivated his game in such a way that it now relies on serve and volley style of play.

This certainly works to his advantage, as with his size it’s quite difficult to lob him at net. This means he can frequently approach the center of the pitch, taking his opponents by surprise with quick returns. In fact, this is precisely what Maxime Cressy does. Coupled with his athleticism, his style has certainly paid off.

Rafael Nadal to Maxime Cressy: I’m sure your style will prevail and I really believe it’s something new, again, that you bring to the game, so it’s great to see players like you again. pic.twitter.com/Y85sqgtGuE

Furthermore, from 2017 to 2021, Cressy had the highest percentage points earned at net at the US Open, with a whopping 54.0%. Additionally, the point percentage Cressy contacted inside the baseline was more than double the US Open average of all players combined.

Even Rafael Nadal himself rented Maxime Cressy’s style of play, telling him he was going to win, move on.