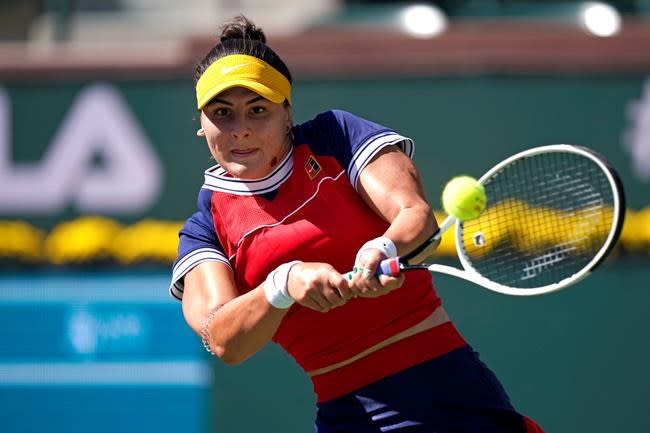 Andreescu says she wanted to create a story that could help children support their mental health when they face challenges.

“Bibi’s Got Game” is about a young athlete who learns to overcome a setback with inner strength and the help of an energetic little dog.

Andreescu, 21, of Mississauga, Ont., Says the story is inspired by his own life and experiences on and off the pitch.

Tundra Books says its release is scheduled for May 31, 2022.

The book was written with Toronto writer and editor Mary Beth Leatherdale and features illustrations by Vancouver artist Chelsea O’Byrne.

It focuses on an energetic girl named Bibi who finds out that she has a talent for tennis, but is devastated by an injury. With the help of her mother and her dog Coco, she learns to overcome doubt and negativity.

“I started thinking about writing ‘Bibi’s Got Game’ a few years ago, when I first had the idea to pass on the tips and tools that have helped me as a young athlete.” Andreescu said in a statement Tuesday.

“I hope my picture book isn’t seen as the personal story of a single tennis player. I really wanted to create something that was classic and shared timeless messages about the importance of family ( both human and animal) and draws attention to your own mental health in the face of challenges, whether in athletic competitions or elsewhere. “

This report by The Canadian Press was first published on November 30, 2021.