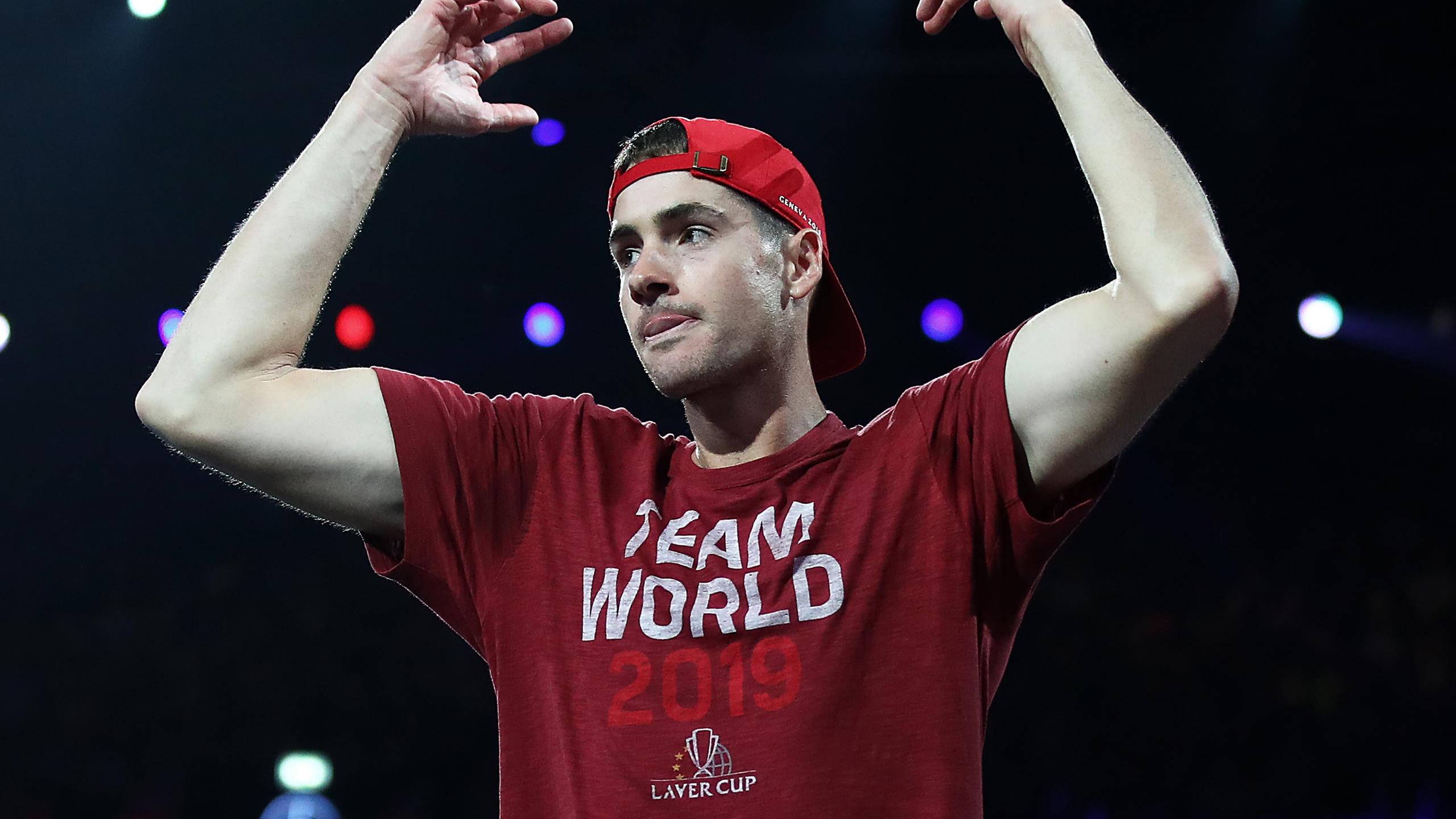 There is a little over a month until the fourth edition of the Laver Cup and the rosters of the teams have been confirmed.

The European squad are undefeated so far at the event, which this year will be played in Boston from September 24-26, but it will be a very different line-up as Novak Djokovic, Rafael Nadal and Roger Federer are absent.

So who plays for Team Europe and Team World? And what are the chances of John McEnroe’s Team World winning their first Laver Cup victory?

“I will miss the fans” – Serena out of Australian Open, Djokovic on entry list

What is the Laver Cup?

In short: tennis’s answer to the Ryder Cup.

It’s a team event that pits the best male players in Europe against the best players from the rest of the world. Named after the legendary Rod Laver, the event first took place in 2017 and became an official part of the ATP Tour in 2019.

Each team has six players and the tournament is played over three days, with four matches per day (three singles matches and one doubles match). Three of the six players qualify on the basis of their ATP singles ranking immediately after Roland Garros while three are chosen by team captains Bjorn Borg (Team Europe) and McEnroe (Team World). The first three editions were played in Prague, Chicago and Geneva.

Like the Ryder Cup, the Laver Cup is played in front of a loud, partisan crowd. Players who are rivals for the rest of the year cheer each other on and ecstatically celebrate victories together.

Flashback to the Laver Cup: Team Europe celebrates with champagne in 2019

What is the scoring system?

Matches are worth more as the tournament progresses. Each game won on Friday is worth one point, then two points on Saturday and three points on Sunday. The first team to reach 13 points out of a total of 24 available points wins the Laver Cup. If the score is tied at 12-12, a decisive fifth game is played on Sunday.

No player may play more than twice in singles during the three days and at least four of the six players must play in doubles.

Who is playing this year?

For Team Europe, it’s more about who doesn’t play than who plays. Djokovic, Federer, Nadal and Dominic Thiem will all be down, meaning there will be four newbies on the squad.

World No.2 Daniil Medvedev, World No.7 Andrey Rublev, World No.8 Matteo Berrettini and World No.11 Casper Ruud will all be participating in the tournament for the first time. They will join Stefanos Tsitsipas and Alexander Zverev in the Borg squad.

“I’m really excited,” Medvedev said. “Playing as a team is special for us because we don’t have the opportunity to do it often. I’m also looking forward to being on the same side of the net for once with some of my biggest rivals on the tour!

“The Laver Cup is my favorite week of the year and I love being a part of the team,” said Kyrgios, who will be playing the event for the fourth time.

“It’s going to be unreal to play at TD Garden, home of the Celtics. Boston fans love their sport, so if we can win the Laver Cup anywhere, then TD Garden and Boston, one of the world’s greatest sports cities, is the place to be.

Federer has been a key player for Team Europe – he holds the record for most Laver Cup points won (18), most singles matches won (6) and most singles points won (15). Nadal’s strike rate was not as good as Federer’s, but he will still be a big miss, while Djokovic, who only took part in the event once in 2018, is also said to have stepped up Team Europe.

“We’ve had some tough losses over the past two years and we have come painfully close,” said McEnroe.

“I think with the energy of the crowd behind us and maybe with a little luck, we can take the win this time around.”

The next Laver Cup is set to be played in London, and European team captain Borg is confident he will keep the trophy.

“We have a great team this year, with six of the top 11, I like our chances,” said Borg. “It’s never easy and we were lucky to keep our winning streak, but the pressure is on us to defend our title. Team World is hungry.

Where is the Laver Cup in the calendar?

The Laver Cup begins two weeks after the end of the US Open, so players will likely stay in the United States after the last Grand Slam of the year. The tour would then generally head to the Far East, but that swing was canceled this year due to the Covid-19 pandemic.

There are currently tournaments in San Diego and Bulgaria the week after the Laver Cup before the rescheduled Masters event begins in Indian Wells on October 7.

Nick Kyrgios at the Laver Cup

Will WTA players be involved at some point?

It doesn’t appear to be on the cards at the moment, despite some calls for more mixed events. The Hopman Cup was a popular mixed tournament held before the Australian Open, but it hasn’t been held in the past two years. He is expected to return in 2022. Andy Murray said last year he would like to see more mixed events.

“I think the sport lacks a bit of a thing with that stuff. The Hopman Cup, for example, was a brilliant event in my opinion. The players enjoyed it. I played there a lot of times and I have loved it.

“Putting tennis matches like Serena Williams and Roger Federer on the same court is so great for our sport.”